We've been told by Q to look into the wives and I mentioned the other night I didnt think we were really finished digging in that hole. Lo and Behold Ive got a real special one for you today. Nope nothing wrong with her being in this picture at all except for EVERYTHING. 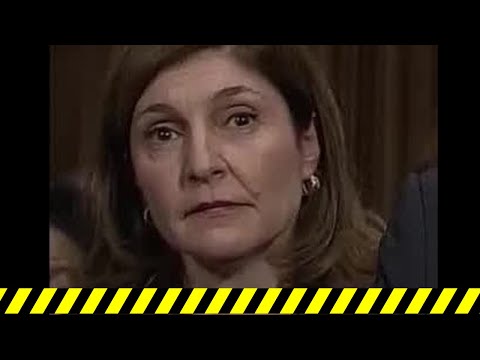 Barsoomian herself represented the FBI at least five times

You may be saying to yourself, okay who cares, who cares about the work history of this Barsoomian woman.

Someone out there cares so much that they’ve purged all Barsoomian court documents for her Clinton representation in Hamburg vs. Clinton in 1998 and its appeal in 1999 from the DC District and Appeals court dockets

Someone out there cares so much that the internet has been purged of all information pertaining to Barsoomian.

Historically this indicates that the individual is a protected CIA operative.

And although Barsoomian has been involved in hundreds of cases representing the DC Office of the US Attorney her email address is Lisa Barsoomian at NIH gov.

The NIH stands for National Institutes of Health.

This is a tactic routinely used by the CIA to protect an operative by using another government organization to shield their activities.

It’s a cover, so big deal right, I mean what does one more attorney with ties to the US intelligence community really matter.

I mean with Trump and his

everything coming out of California,

Why does Barsoomian, CIA operative, merit any mention?

How could this not have influenced Rosenstein?

This clearly violates the appearance of impropriety attorney’s rules?

Both owe their careers as US attorneys to Muller, Obama, Bush, and the Clintons.

Rod Rosenstein has no business involving himself in the Hillary Clinton-DNC funded Steel dossier, and the ongoing Russia investigation.

Much less the selection of his mentor and his wife’s mentor Robert Muller as Special Counsel.

The rules of ethics, funny, required his refusal."

"Wow Yig. Intersting. And Continue to follow the White Rabbit"

"Hi Yig, I haven't logged on for awhile or posted here-I was drawn to your YTube channel as we have a shared interest in the SB/Glamis saga, honestly at point I thought it was a possible larp and put the book down so to speak-but now some recent…"

"The Methuselah Foundation.  That's a HELL of a creepy site!  "Making 90 the new 50 by 2030."  Fits perfectly with Agenda 2030, they focus on organs, AI, transhumanism, Oprah Winfrey associated with them, NASA is linked with them, they talk of Mars…"
More…
Loading ...