Oh boy look what I just came across! This will make some of you pretty happy to see. Get the shovels out, time to do some digging... Find something of interest drop it here in the comment section. See what we all come up with! Bet you want the link dont you?! Here you go, have at it!

Just so you know what to expect here:

​In December 2014, former Secretary Hillary Rodham Clinton provided the Department with emails that were sent or received by her while she was Secretary of State.

The Department conducted a Freedom of Information Act (FOIA) review of all emails provided by former Secretary Hillary Rodham Clinton. Starting in June 2015, a new set of emails from this collection was released on this site at the end of each month. These monthly releases continued until the entire collection of records was reviewed for public release. All releasable records are now available on this site.
In May 2015, the Department released a set of 296 of these documents which previously had been provided in February 2015 to the House Select Committee on Benghazi. All 296 documents originally released in May’s production were re-produced within the subsequent productions.   https://foia.state.gov/Learn/New.aspx
E-mail me when people leave their comments –
Follow

"I really dont know Lauren. I was born late 50's, so even though I was around in the 60's I was really to young to participate, but knew enough to know something major was going on. 70's everyone was so whacked out they couldnt get out of their own…" 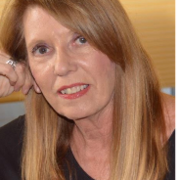