I dont know about you my friends, but the Vegas Shooting still stick in my crawl. People were so focused on it at the time and digging away on it. Then it seems Q came along and a lot of the focus shifted away.

I know for myself I jumped right in and poured over endless videos. Something would catch my eye and I will pick at it until I was satisfied as to what it may have been.

This video is a complination of one of those things that caught my eye. It first started with the Cab Drivers video that came out right away and as it was happening. While most were focused on the "strobe light" from the forth floor, something else actually caught my eye. I made a small snip of video out of it and posted it on ATS and also POL. While it has remained on ATS, it did  magically disappear from POL very quickly. Anyone that reads POL a lot knows that is a bit unsual. After seeing the first part of this video, you will understand why I say that even more so.

Ive been wanting to revisit this for awhile now, but with so many other things going on in the present, it has just been hard to get back to. Oddly enough though, last night while in Discord one of the members came in that live in Vegas and we got to talking about it. Hopefully they come and share their story from the night, because they do indeed  have quite the tale to share. I will say this though and leave the rest to them, they did verify many people did indeed die that night and it wasnt a lot of crisis actors running around playing games.

Something went very wrong that night and honestly, I dont feel the concert part of it was actually suppose to happen. Some of the other things the member had to share with me backs up my opinion on that as well as they also knew of things I had noticed, but couldnt quite get them locked down with any clairity.

This thread though is focused on what was going on at the Luxor Hotel that night. I spent the morning putting all the little pieces Ive had laying around and made them into a short as possible video for you. 1:27 SHort because you know, Peoples Attention Spans....

I will also drop the still  shots I grabbed so you can look at them more closely.

If you lived in Vegas when this all happened and have your own stories, I would love to hear them. By all means feel free to add them in the comments or just start your own article from what you know of the night. Either way is fine with me. Whatever is easiest for you.

THE VIDEO: Remember to keep your focus on the top of the Luxor Hotel right at the light line.

These are the still I have in the video. I actually have more but dang if I can find where I put them now. Typical

FIRST CAPTURE: Keep in mind most of these are from screen shots of videos, and sometimes the videos are panning around pretty quickly, so not always the easist to stop and capture. 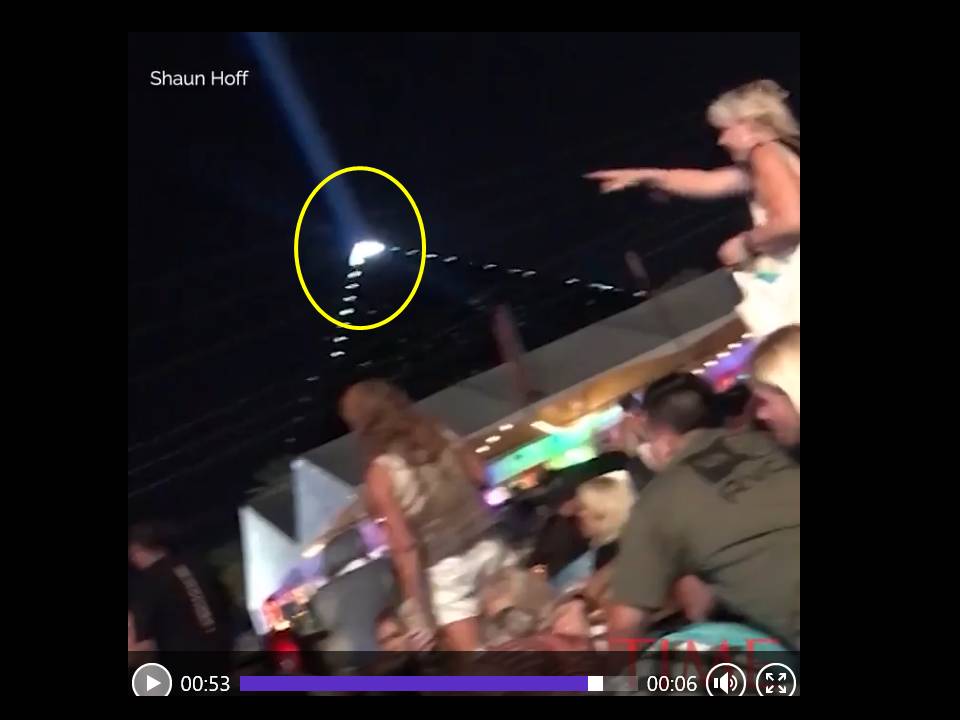 Note in picture below. Someone is already up there at the beginning of the show as you can see from the title on the picture 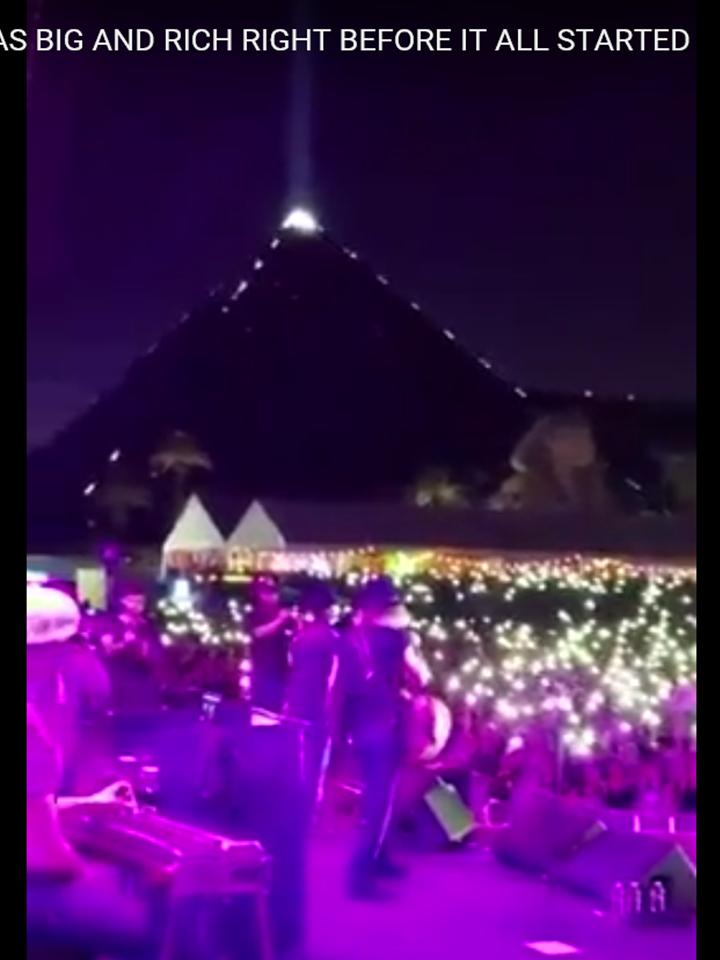 MONEY SHOT: If this doesnt convince you someone was up there, I really dont know what to say. It sure looks like someone hunched over and walking away to me. One other thing to note about this picture. It is a screenshot I grabbed from another view. This person was filming from the stands. 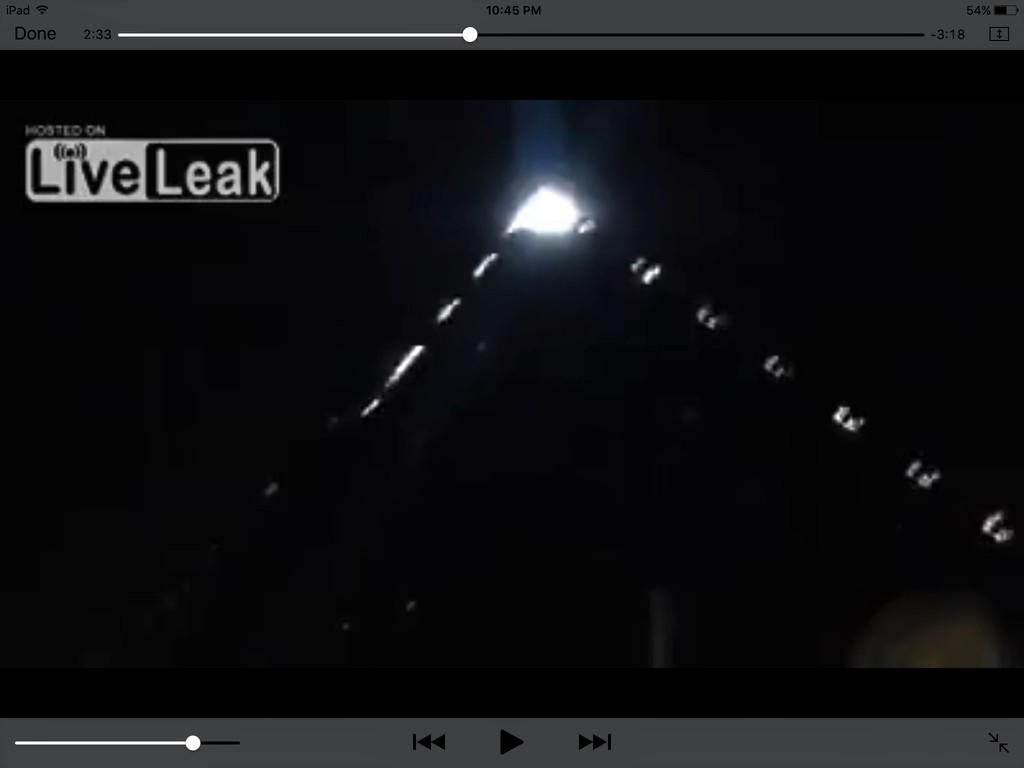 UPDATED TO ADD THIS ZOOMED SHOT. iTS ABOUT THE BEST I can do with what I have to work with: Again, look closely, that is a  FLAT ledge up there: 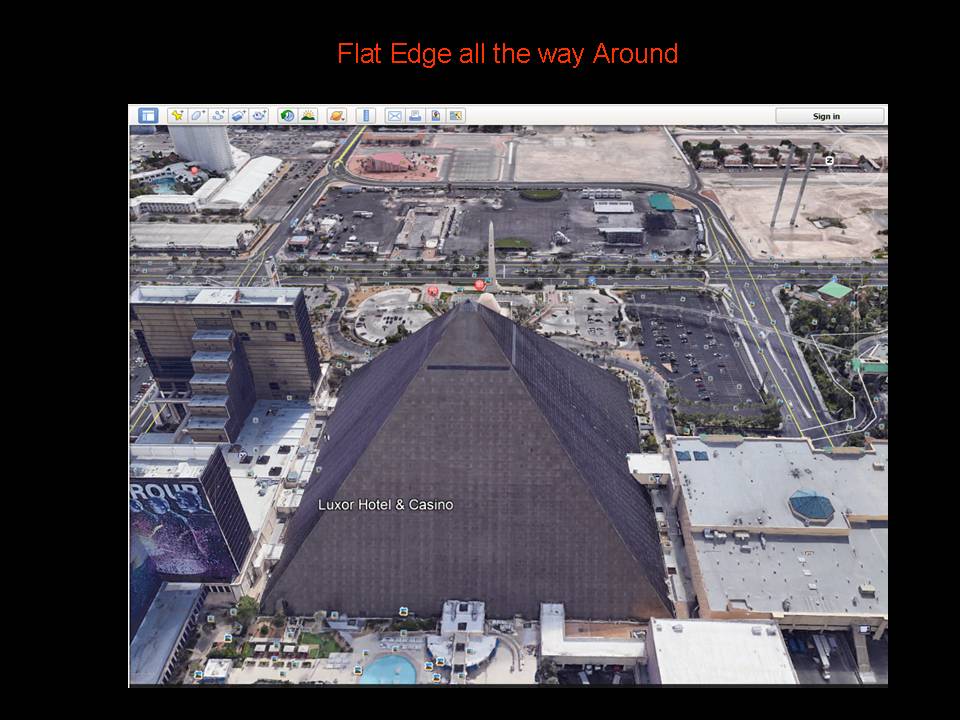 Looking forward to what you have to say about all this. I really hope you take the time to comment since it took me awhile to put all together :

If you like my work and would like to help keep the site AD FREE, you can donate to MY PAYPAL . I could really use the help and Thank you so much if you do decided to contribute.